Thinking of Selling Your Motorcycle and Getting An Ebike? You're Not Alone

With the rise in popularity of electric bicycles, many long time motorcyclists are trading in their 200 lb Kawasaki mx bikes bikes and 400 lb Ducati road bikes for 45 lb electric bicycles. With our long history and involvement in the motorcycle industry (since 2002), perhaps no other company sees this happening real-time than Motostrano, since we too made the switch almost completely from motorcycle to bicycle and now to e-bike in the last 7 years. 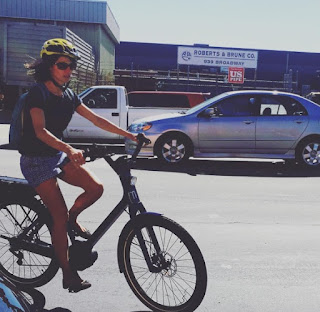 To be clear, we still dabble in moto stuff and are the leading provider of Supermoto Parts and also the billet goodies from Italy we're known for, (Rizoma parts)but the motorcycle industry as a whole tanked along with the last recession and hasn't come back. We are wagering that it will never come back and that's why the cool part of motorcycling has pretty much been relegated to the bygone years of vintage moto bike style ala Triumph and the like. Local racing series are nearly gone. Off-road riding areas are closing down. 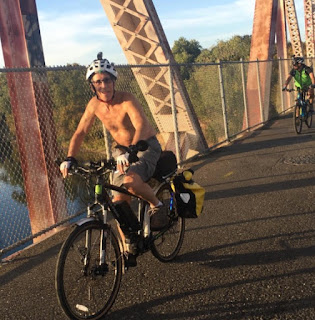 For the aging motorcyclist, or the would-be motorcyclist, looking at a 2 wheel steed for a variety of reasons- a motorcycle carries with it a lot of undesirable baggage, not the least of which is its weight.


What you can't do with a motorcycle, you can do with a bike. ie, pick it up and put it on a train, bus or car. Store it in an apartment. Change a tire. Take it with you on a trip. Let your girl friend ride it.

If you have a girl friend, she probably doesn't want to hang out on the back of a motorcycle wearing chaps or tight leather pants these days. That role for her is largely a relic from her 20s and 30s and more than likely she wants to ride a bike too, an e-bike, or a bicycle. Also, she probably doesn't want her boy friend or husband to be the balls-out risk-taker Evil Knievel type that some of us were raised to think was really cool. She wants you to be a forward-thinking, techno-friendly, financially stable emotional and physical resource in her life, not a beer-bellied Marlboro man in dirty leathers bar-hopping and barn-dusting the backroads of any urban area.

For road motorcyclists who want to bypass traffic and commute, Ebikes are allowing many would-be motorcyclists to realize some of toned-down the advantages of a moto with fewer of the negatives. Ebikes are cheaper. Don't need a license, or insurance. You can park them anywhere and get to your destination without ever getting bogged down in traffic.

"It's nuts out there, with every one on their cell phones...."


Though motos have great gas mileage, ebikes have unlimited gas mileage and where a motorcycle ride through peak-hour traffic can be a death-sentence, as you fly through stop-go traffic with every car not watching the road but watching their cell-phones, the notion of going a lot slower on an ebike and being on the side of the road, not in the middle or better yet, on a protected separate bike lane, can be a huge plus.


For off-road motorcycles, firstly, if they live in a dense urban area, they no longer need to pack their moto-x in the back of the truck at 4 in the morning and drive 4 hours to the pristine hazardous waste dump a million miles from any water source to have some fun in the dirt for a few hours only to return in deep traffic. The ebiker can usually ride straight from their garage to the local trail back canyon and enjoy a few hours of early morning fun and be back home in time for lunch with the whole family. 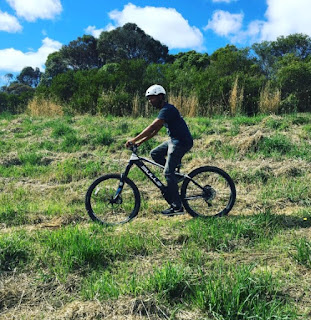 Because most good quality ebikes operate by pedal assist, a further advantage is one of health. Besides the obvious health risk of motorcycling to one's life, bicycling by e-bike literally adds years to your lifespan through the health benefits gained by pedaling vs just sitting in the seat and gassing it. This is true for motorcycling as much as for cars.

"I want something for my wife so she can ride with me..."


So, it's no wonder that we are seeing a sizable group of riders come in to our store and tell us "I sold my KTM dirt bike a while ago and want to ride and I want to get an e-bike like my buddies". Or, "traffic is so bad and every one is on their cell phone, I just want to get to work, get a bit of a work-out and be happy. I want to buy an ebike". 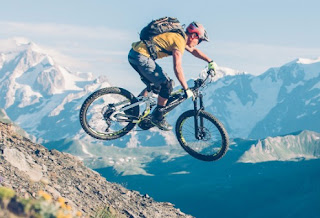 E-bikes supply a lot of the adrenaline rush that motorcyclists thrive on and much of the same aura of danger, with less of the death, cigarettes and booze. Check out some of the rad downhill and emtb photos online and you'll see the same shenanigans as in the moto-x arena. In the coming months and years we hope to see a whole world of electric bike racing both off and off-road too, complete with Redbull sponsors, umbrella girls and all the other stuff that go along with extreme sports.

"I'm tired of lugging my bike out to Hollister..."


In Europe, e-bikes are replacing regular bikes and scooters and motorcycles too. On a recent trip to Germany and Switzerland, I noticed there's no more mopeds, very few scooters. True- Rome is still the hub of Vespa scooters, but still- ebikes are taking over all over the world.

"We just got back from an e-bike tour in Germany and Switzerland, is was fabulous..."


In reality we're not only "president of the Hair Club, we're also a client". We (motostrano) get it. We made the switch years ago too. Why ride a motorcycle when you can jump on this new technology and ride the wave while it's still new? (though ebikes have actually been around longer than motorcycles) Since getting involved in e-bikes my own health has improved, my stress and blood pressure has gone down, as has my weight. The rest will pretty much be history. Get an ebike!