About the 2016 BOSCH Ebike Haibike, Felt, Lapierre and BH Systems Coming to the United States 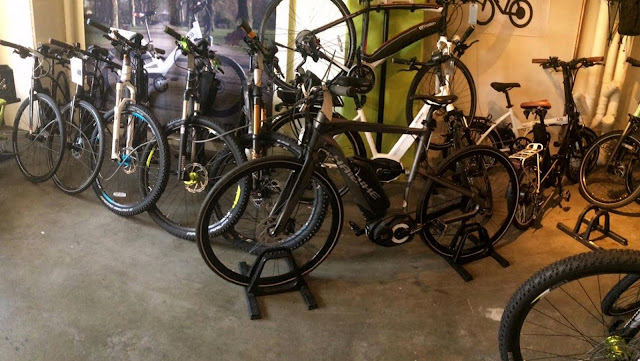 As we get closer to 2016, we are receiving lots of inquiries about the 2016 models of Haibike, Felt and other brands featuring the award-winning BOSCH ebike drive systems

Here's a catch all reply to whether we will be receiving the new 500Wh batter, the new NYON display and the new CX motor.


Will you guys be getting the 2016 models of the haibike xduro trekking pro? Bosch Nyon computer, and 500 wh battery?  I am looking to buy 2 of them, hopefully at the beginning of next year for a long distance bike ride but would like to get the 2016 model.  Do you have any information on them and their availability in the us and what has been updated since the 2015 model?

Thanks for your note. We are asked this question daily now as we approach 2016 and consumers are reading about the European spec 2016 BOSCH systems, all of which I have just had the pleasure of seeing at the recent EUROBIKE event in Germany where I spent time with Haibike owners and BOSCH senior staff.

Yes- we will absolutely be getting the 2016 Trekking models but BOSCH is not bringing or supporting the 500wh hour battery, Nyon or CX version of their motor in the United States.

The new Haibikes will all feature the same BOSCH drive technology as 2015 with some software updates and some minor tweeks. These will be shipping in 2016. HAIBIKE does not operate like an American company and 2016 models won't be in the USA until January.

The 500WH battery hasn't yet passed US points for regulating and approving so it won't be here yet. The Nyon is also not ready for the US market and the CX either. The CX motor WILL come to the US later in the year 2015 on some model of KTM, Cube, Scott and Moustache - but there's no confirmed date on when that will take place.

The CX motor is rumored to be smaller than the Performance system. It's not. It's tucked into the frame higher, it's black and doesn't have a the standard casing so it looks smaller.

The Nyon system isn't something to be sorely missed at the moment. Your cell phone has better GPS and networking abilities and takes calls and plays music and apps and you'll take it with you anywhere you ride your bike, so the current display is simple, bullet proof and works great.

So what this means to you and your trip is: Don't Wait. The Trekking to get is the 2015 model and the 2016 US spec models will be the same.

All of the stuff you are reading about what BOSCH is doing for 2016 applies only to BOSCH Europe. BOSCH is a huge company and launches all their stuff first in Europe and then migrates it and homologates it to other markets later.

Could you buy a European spec BOSCH system and ride it around here? Sure. But you'd pay to get it here and Lithium batteries can only travel by boat and then when you got it here no warranty would apply in the US and you would not get any software updates for your system here either. All of that would have to be done in Europe.

So- I have just sold 3 Trekking e-bikes to folks asking similar questions as yours this week.

Give me a call to get your order started.

We are doing a special free shipping promo on all Haibike, Lapierre and BH EasyMotion systems and can ship your bike out next week.