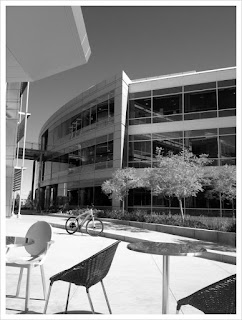 Motostrano has been selling the Stromer Electric Bicycle now for oh six months or so. In spite of the fact that I have full faith in humanity's ability to create solutions with technology, like you, I still hold out a chunk of skepticism when it comes to some stuff. And, even though electric bicycles have been around for practically a hundred years- there's still a lot of smoke and mirrors, a lot of crap-tech and junk-tech that manages to get to market. So, unlike a bike with no motor- we're always in "test mode" with electric bikes.

Maybe we are being too hard on them? Comparing an e-bike to all the qualities of a non-motorized bicycle isn't totally fair, perhaps. A traditional bicycle can sit around in a garage for fifty years and still function basically as it did when new. An electric bicycle has other things going on that reduce it's lifespan significantly.

Still- we want these investments to last and perform as long and as good as possible. We expect a lot of them.

6 months into it our Stromer e-bike test mules are going strong. Batteries have held up. Motor power has held up. We've knocked them down a few times. Rode them in the rain and forgotten to charge them a for a while. This is what we want to know.

The Stromer is, by far, the best electric bike we've used to date.

It's also a lot of fun. It's fun to ride and it's beautiful to look at. It goes up hills great. It goes down hills and stops great. It performs in traffic great and its switches and cables, motors and battery all are holding up to the ultimate test: time.

It looks good too. The Swiss flag gives it away as something European, but so does its lines and architecture. It's a solid bike and feel the same way a Mercedes or BMW feels on the road. Good plastics. Good paint. Good fixtures. These are the things you would expect from a European machine of any kind and the Stromer delivers.

Well, it's not made in Europe. It's designed there and it shows. It's a beautiful electric bike.

motostrano said…
no license is needed on these bikes. The bike is restricted to 20MPH as other bikes.

ASEAKO ELECTRIC BIKE said…
Nice blog, but could you please share a clear image of the bike.

heliomotorizedbicycle said…
Thanks for the nice Motorcycling news i have read out all the information in your blog and got a lot of information.