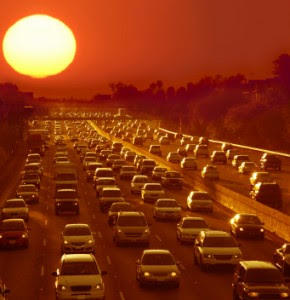 Today scientists in Geneva, Switzerland announced a new technology designed to allow car drivers to maintain their speed while facing the sun. Dr. Franz Augen, who grew up in the small town of Scheinberg, says he came up with the chemical theory for tinting plastic while on vacation last summer in California. The new technology called "Sunglasses" is expected to transform the way we drive when facing the sun.

Dr. Augen: "We were traveling with my family near San Francisco one early morning, when suddenly all of the traffic came to a near stop and I thought Was ist Das? Was ist los? Some type of incident? Are they construction on the road? Thirty minutes later, when we came to the end of the traffic, there was nothing. I was shocked."

That's when Dr. Augen, a Chemical engineer, looked up and saw that it was the sun that was causing all of this traffic and that nothing was actually in the road to make so many drivers slow down to a near stop.

"I realized that if you constructed two pieces of plastic with a dark tint built into them and placed them over the eyes, the drivers would still be allowed to see where they are going, but not be so blinded by the blinding rays of the Sun." 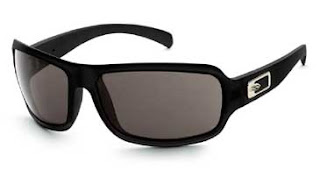 These "Sunglasses" are held up on to the driver's face by way of a bridge structure over the nose and ears. While wearing them, the user can still see where they are going, even while looking in the direction of the sun, thus allowing the user to drive facing the sun, without slowing down. When not in use, the apparatus can be stored safely in a shirt pocket, a purse, or a glove box.

Though Dr. Augen's invention is still in testing mode, he says, one day we might be able to purchase "Sunglasses" every where, perhaps even at any gas station.