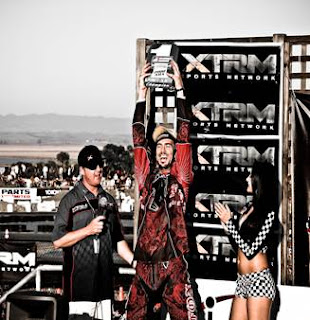 Sonoma, CA– Rockstar Energy/Hart & Huntington Tattoo Co team rider Steve Drew came in first in overall points for the Supermoto Unlimited group for the 2008 Supermoto Series. The final race, held at Infineon Raceway, gave him the one point he needed to take the championship.

“The whole season led up to this final race and we are so excited for Steve. He rode well all season with a total of 3 wins. This season could not have turned out any better.” said team manager Kenny Watson.