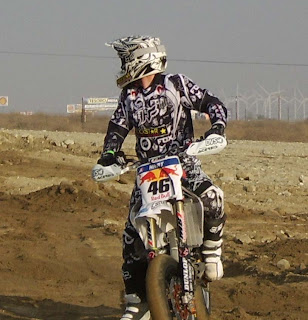 Wow! What a great weekend for the Rockstar/Hart & Huntington team at the Morongo! The weather was a bit uncooperative, but the track was fun and the crowd was great! The fierce competition kept Carey, Travis, and Doni on their toes. 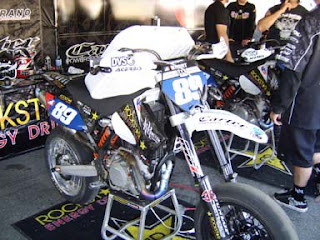 Promoter practice went well on Friday. The guys got a feel for the track and the windy weather, getting them ready for the double header weekend. Saturday brought sunshine and wind, not to mention some great racing!

In the 450 class there were a lot of world class riders brought in, but Carey did very well. He finished out the season on Sunday in 12th place, pulling up 2 positions from his point standings on Saturday. His hard work and dedication put the 450 team in 10th place for the year. 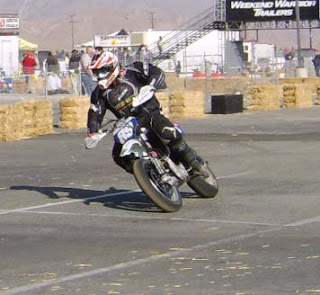 Travis Marks and Doni Wanat added some valuable points throughout the weekend. Travis finished an awesome 4th place for the season! After his qualifier Travis came in with some engine noises; the team quickly pulled and replaced the engine with the backup. In the main event the back up expired. With no engine for the Sunday races, the mechanic took a closer look at the first engine and discovered a problem with the fuel line. He was able to fix it and put it back in the bike before the Sunday event. Luckily there were no more engine issues as Travis had no backup! There was a crash with Wiles in the first couple laps of the Sunday race, but even with all the trouble, Travis brought a total of 20 points to the tea 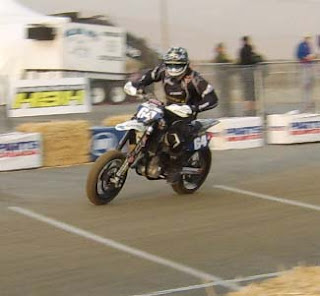 m with his 9th and 13th place finishes.

Doni Wanat finished 12th and 17th on Saturday and Sunday, bringing a total of 13 points to the Unlimited team. Due to a crash in his qualifying on Saturday, there was a frantic rush to switch out the sub frame so he could participate in round #9. Unfortunately, he was also having overheating issues with his bike; luckily the engine didn’t have to be rebuilt!

All their hard work paid off and the Rockstar/Hart & Huntington Unlimited team finished in 3rd place in the Championship ahead of Husqvarna and behind Aprilia and KTM. 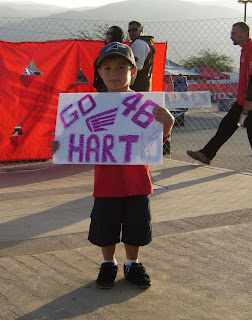 We wouldn’t have made it without the help and support of the team, mechanics, the fans and of course our sponsors. Thanks so much!

We would like to thank our sponsors for all their support, especially;

Motostrano.com is the leading supermoto parts and accessories company in the . Motostrano offers complete supermoto conversion kits for race and street duty, custom wheels, Moto-master brakes and more all for supermoto. To learn more about our services please visit www.motostrano.com.