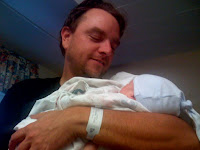 Some months you just end up taking on too much in life, in business, at work, whatever. July was one of those months for Motostrano, and me.

July was your average 4 week month like any other month. 31 days, a couple of holidays thrown in for good measure. Typically the peak of the great riding season each year. MotoGP is at its pinnacle. Supermoto season is in full swing. Motostrano is generally at its busiest this time of year, though this year business was certainly down due to the general downturn in the economy. Most moto shops are reporting 20% decreases in sales from last year. Motostrano is doing better than that, but still less than last year.

4 week month like any month, yet in July, Motostrano's schedule included:


Like I said, some times you just take on too much and there's always casualties. For Motostrano- this generally results in customer complaints. When things are nice and dull and the phones aren't ringing and its raining, that's the best time to put on your "I Want It Now" hat and go shopping. When all lines are lit and there's a line at the register and you're worn out, let's just say, shit will hit the fan somehow, guaranteed.

We tend to consider these casualties a fact of doing business and ask for some slack from customers whenever they occur. Most give it and heck are we grateful. Others, steamed by their own inability to see the future I guess, seek pure, compulsive and unadulterated revenge by way of spelling out each and every step that went wrong on whatever chat forum they belong, from their perspective exclusively, mis-interpreting anything you could possible explain and disbelieving anything you could possibly report. You know the drill. We've all read the long diatribes. I suppose that it's the release, or the damage they feel they might do to a company's reputation, but in the end it seems to me like some one's got really nothing better to do with their time. When these events take place, our policy is to let them vent, respond as courteously as possible, but also not encourage the venting situation, because it's a pretty childish.

No company's perfect. Northwest Airlines loses your luggage, Microsoft XP crashes, AT&T drops your call, Il Fornaio over cooks your pasta. Motostrano botches up orders. That's at least for the 1% of the world. The rest of the time, the luggage is there, XP is running like a dream, you're chattin' and chompin' away, Motostrano delivers.

July is done. Thanks July for being done. You sucked! See you next year.
Email Post

Anonymous said…
Wow I feel so lucky that the 3 orders I have recieved from Motostrano have all exceeded my expectations! Delivered damn near next day! You guy's are doing it right and I want to thank you for not only great customer service but the absolute lowest prices around. I look foreward to my next order! Thanks, Rob
August 9, 2007 at 5:44 PM