We've received our first preview information for the Fall 2007 and 2008 Alpinestars gear products due to roll out to the world in the next few weeks. Most of the items are things I took a gander at on my recent trip to Alpinestars Italy where many of the products were already released.

Being one of the top Alpinestars 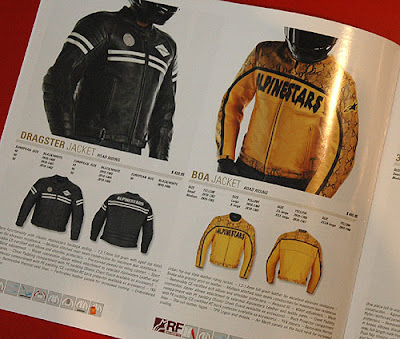 dealers in the USA, we're keen to see what the factory will serve up to the US and we often advise astars on what we need and what we think would work. Looks like they listened for the most part and will be coming out with a great new lineup of street gear, plus a totally re-designed race glove line-up and some new bionic protection. A few months ago we explained that the flashy ways of ICON and the "stunt hooligan" look were dying fast and you better get out early or get stuck with a lot of imitation biker image product. Let's get some more classic looking stuff, practically retro, but not, something for the everyman, instead of only the wanna-be-fast-guy.

The catalog also shows what the new BIONIC protection will look like. Astars redid 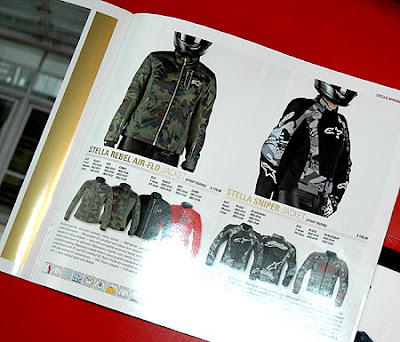 their BIONIC protector jackets converting them to a 2.0 version.

Looks like great stuff. Make sure to check our alpinestars section in a few weeks for all the products ready to purchase.
Email Post